So look around you and see where YOU can see God's fingerprints.

A few Jackisms for my Friday.
Just because.

- Jack thought he wasn't feeling good on Tuesday when we got to school. I had him "tough it out". He came in after school and declared:
"Mom. I survived the day. With regular, non-hurting stomach, no fever, and normal breathing."

- In the car, I was telling him that Mrs. Licona would be having her baby soon.
And he asked the dreaded question, "How do you get babies?"
I told him, "Jack. It's REALLY complicated. I don't want to talk about it today".
And he replied, "Why? Do you think I will over react?"

- When we left the classroom yesterday, he told me he forgot something...so, I watched him run back to my desk and whisper to my classroom caterpillars. When he got back, I asked him what he had to do. "I told them to have a nice rest, and to grow a little. And that I would see them in the morning."

- At the re-release of Captain EO, they show a "behind the scenes" movie while you wait.
Jack asked me, "Do they show us this video to remind us how lame the 80's were?"

- A few weeks ago, we went to the Natural Science Museum. Jack picked out a stuffed red blood cell from the gift shop. He's very interested in blood and cells, and that kind of stuff right now.
Anyway, on the tag, it has some facts about blood cells. For example, that it takes your body a whole week to grow ONE cell....Last weekend, he was happy it was Saturday. Not because of no school, but because it meant he had "one more blood cell in my body".

Just a few Jackims for my Friday.
Just because he's awesome.

For more inspiration, check out: The Rusted Chain.
Posted by Sara at 9:33 AM

What a beautiful fingerprint..
He is full of questions and sounds so cute..he looks handsome too..
Happy Fingerprint Friday.

Oh, our sweet Jack....I love the one about the red blood cells!! I love the way he sees life and things around him! So extraordinary!

Wow, he's quite a thinker and very smart! It's good you are writing these in your blog. I wrote a lot in my kids' baby books when they were little, otherwise I would have forgotten so many of the cute things they said. It's so much fun to look back and read them again now that they are grown.

Tell Jack I have some red blood cell pictures on my wall right now.

Captain EO was lame. But I think it's the last time I put on 3D glasses. Maybe I should try that again. 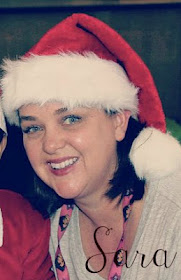 I'm a happy wife, mommy, Kindergarten teacher, friend, daughter, sister, aunt, niece, granddaughter, and cousin. Not always in that order. But I wear each "hat" with pride. When I grow up, I dream of being a children's book author/illustrator and photographer.
I love my family...want to meet them? 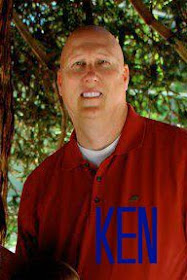 Ken is a wonderful husband and fantastic daddy.
He spoils all of us and works hard teaching high school.
We met on a blind date...and life has been amazing ever since!

Jack could really write his own blog.
He's the best 12 year old. Ever.
I love watching the person he is becoming.

Molly is our silly, silly, silly girl.
Sweet, dramatic, smart, and stubborn.
She's 7 going on 17.
She's just as awesome as her big brother.

"Every child deserves to have at least one adult who is irrationally crazy about them." - Urie Bronfenbrenna

The "inspiration" for this blog comes from the growing trend of bloggers. Yes, plain and simple. It was peer pressure.

However, the bigger inspiration had to be our 10 year old son, Jack, who is now in 5th grade at my school. He alone supplies me with enough stories! I started the blog just before Molly's birth...and she gives me even more to blog about!

Keep checking in...If you know MY kids, there will always be something to say!

Our Friends and Their Blogs

Other Blogs I Visit